Skip to content
Based in Lancaster, Pennsylvania and serving clients all over Pennsylvania and Maryland, the law firm of Savoca Justice, LLC specializes in personal injury cases such as motor vehicle accidents, premises liability injuries, product defect claims, medical malpractice events and wrongful death as well as complex family law matters including divorce, custody and support.  We recognize that, in these kinds of cases, you never wanted these things to happen or to be in the position to need a lawyer.  But now that you do, you deserve an empathetic ear, a knowledgeable guide through the often confusing legal system, and someone who will ultimately tell it to you straight.  When it matters most, you want Savoca Justice, LLC.  With over 40 years of combined experience, Attorneys Savoca and Justice share a commitment to both powerful courtroom advocacy and practical problem solving.
We use a team oriented approach to efficiently and effectively meet your legal needs with focused attention.  Meet our team here and then in our office: 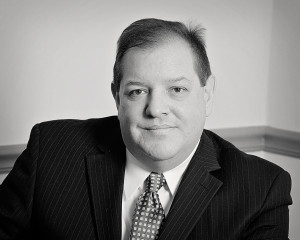 Joseph E. Savoca is a life-long Lancaster County resident, admitted to the bar of the Supreme  Court of Pennsylvania in 1989 upon graduating from the Dickinson School of Law, now Penn State-Dickinson School of Law, after receiving his Juris Doctorate degree the same year. Prior to partnering with Randall M. Justice, Esquire, Attorney Savoca was partnered with James S. Sorrentino, Esquire, in the law firm of Sorrentino & Savoca, which successfully represented Lancaster Countians at both the State and Federal levels from 1999 until 2015.

During his tenure of practice, he has devoted the majority of his time to representing persons in need of legal assistance in the areas of general litigation with an emphasis on personal injury and family law. He has also worked in areas of real estate development and contract litigation as well as general estate planning. As a result of over a quarter century of practice, he has acquired an extensive knowledge and understanding of both the people and the Courts of Lancaster County, as well as its outlying regions, a knowledge largely unknown to lawyers from Philadelphia or even Harrisburg. Upon completion of law school, when contemplating where he wished to practice, Attorney Savoca felt strongly that his heart was with his family, friends, and community, where it remains to this day.

Attorney Savoca has also been representing clients in personal injury actions since the beginning of his career in 1989. During those years, he has almost exclusively represented Plaintiffs seeking damages for serious injuries, but, on occasion, has worked on the defense side for private individuals and companies who have been sued for damages. He does not represent insurance companies defending cases against legitimate Plaintiffs. He believes most strongly in a Plaintiff’s right to recover damages for injuries, lost wages, and out-of-pocket expenses incurred through the negligence of another. Attorney Savoca has worked on and resolved  cases worth millions of dollars over the course of his career and takes great pride in valuing cases honestly and objectively while nurturing a transparent relationship with his clients, who have, on many occasions, turned into lifelong friends.

Attorney Savoca has been practicing family law since 1989, as well. During that time he has successfully represented husbands and wives, as well as mothers and fathers, in domestic litigation where a viable solution and preservation of assets and family comes first, but with the looming possibility of aggressive but efficient litigation, poised as the elephant in the room to be released when and if necessary. Attorney Savoca has tried and resolved complex matters of divorce, support, and child custody routinely and effectively. As in his personal injury practice, he believes strongly in educating clients on the probability and outcome that may be expected in their case to the greatest extent possible.

With years of practice and hundreds of clients comes experience not written in books, but learned through interaction with people and the courts. This enables us to educate our clients as to what their case involves and what they may expect along the way. At Savoca Justice, LLC, we do not instill unreasonable expectations to generate a fee. Instead, we act as your tour guide through the court system, telling you what lies ahead.

Prior to attending the Dickinson School of Law, Attorney Savoca grew up in Lititz, Pennsylvania, graduating from Warwick High School and, thereafter, attending Washington & Jefferson College. While at Dickinson, Attorney Savoca was selected to the Appellate Moot Court Board for excellence in advocacy and legal writing. He was also a member of the Corpus Juris Society.

On a personal note, Attorney Savoca lives in the Lampeter area with his wife, Debra, an educator employed by the Lampeter-Strasburg School District, and his two daughters. When not practicing law, he serves on the Board of Directors of the Friends of the Railroad Museum of Pennsylvania and has, in the past, served on the Board of Directors of the S. June Smith Foundation assisting in the education of special needs children. He is a certified recreational scuba diver who enjoys spending time in the water with his oldest daughter, with his youngest soon to follow.

Attorney Savoca is quite clear about what he enjoys most about practicing law, “When you receive that heartfelt thanks from a client, or that Christmas card with a personal note, it makes it worthwhile; it’s knowing that you really did make a difference.”

Attorney Savoca has argued cases before the Pennsylvania Superior and Supreme Courts and has also appeared and represented clients in the United States Federal Court of the Eastern and Middle Districts of Pennsylvania and continues to welcome new clients in need of legal assistance. 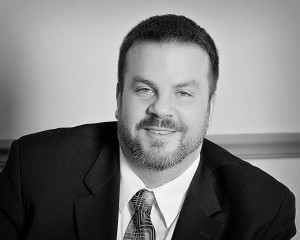 Prior to forming Savoca Justice, LLC, Attorney Justice previously managed the Lancaster office of a successful personal injury firm and then expanded his practice to York County.  He has also previously practiced in both Pittsburgh and Philadelphia.  Accordingly, Randall has a vast array of litigation experience combining “big city” expertise with central Pennsylvania sensibility.

In his personal injury practice, Randall has devoted his entire legal career to representing Plaintiffs because he believes that his work in holding people accountable who break the safety rules in our community can ultimately make the community safer for all of us.  Randall has tried and resolved cases involving wrongful death, medical malpractice, negligence on our roads, construction site injuries, serious slip and falls and over-service of alcohol.

One of Randall’s finest moments representing an injured person occurred when he settled a case in the middle of a trial for a client who was then homeless, and obtained enough money for the client that the client was able to purchase a home, start a business, regain his children and in many ways start a brand new life.

In his family law practice, Randall has tried and resolved complex support matters, divorces involving the division of significant marital assets and highly contested custody matters.  He has also served as a Guardian Ad Litem on behalf of children when the court has asked him to do so. He also previously served as the Chair of the Family Law Section of the Lancaster Bar Association.  One of his finest moments in family law occurred when Randall was able to defend a parent falsely accused of serious misconduct with a child and have the parent’s  custody rights restored and the relationship with the child renewed.

Prior to law school, Attorney Justice graduated Magna Cum Laude from Western Maryland College (now McDaniel College) with a Bachelor of Arts Degree in English. He then received a full tuition scholarship to attend the Dickinson School of Law where he received his J.D. in 2005. While there, Attorney Justice served as the Captain of the National Appellate Moot Court Team as well as a Managing Editor of the Journal of American Arbitration. Attorney Justice also received the George F. Douglas Jr. Award for the highest grade in the school’s intensive trial advocacy program and the CALI Award for his excellence in negotiations.

Randall has continued this excellence in trial, arbitration, mediation and informal settlement discussions, recovering millions of dollars on behalf of injured clients and earning a reputation with the bench and defense bar as a prepared and tireless advocate.

Randall previously  served as both the Vice-Chair and then the Co-Chair of the Trial Lawyers Section of the Lancaster Bar Association.  He has earned the prestigious “AV Preeminent” rating from his peers. Randall was also named a “Rising Star” by Pennsylvania Super Lawyers in both 2019 and 2020.  Randall was also named of the Top 100 Civil Plaintiff’s Lawyers in Pennsylvania by the The National Trial Lawyers as well as the Top 25 in Medical Malpractice and the Top 25 in Motor Vehicle.

In his limited spare time, Randall and his wife Cheryl enjoy nature and travel.   They are very involved in their church where Randall was formerly a deacon and then served an extended term as the congregation’s Council Chair.  He presently serves as a youth group advisor.  Randall also serves his local community as a member of the Borough Counsel, the Planning Commission and the Borough Authority.

Randall has also previously served on multiple boards, including Eastern Mennonite Missions, Friendship Community and the Kairos School of Spiritual Formation.  He is presently on the Board of Mennonite Mission Network.

Randall says the most rewarding part of his job is “giving people a voice who do not feel like they have been heard.  In order to give a voice to someone, you first have to hear them fully. I love the moment when my client realizes I am deeply invested in their individual story and committed to telling it well on their behalf.” 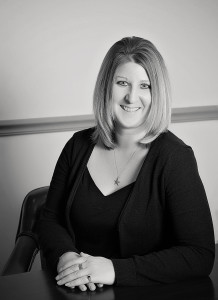 Jennifer combines her vast legal experience as a paralegal over the past 17 years with Attorney Savoca with a friendly attitude that genuinely seeks to help.  She is often the first person you will encounter at our office and she always attempts to put you at ease.  We try to remember that your visit to our office is usually set in motion because something has gone wrong.  Jennifer is a part of our team that starts, bit by bit, to try and make it right again.  Jennifer assists our attorneys in all aspects of their work on your behalf, performing tasks as varied as preparing trial exhibits, revising important legal documents and attending medical examinations performed by a doctor hired by the Defendant’s insurance company. 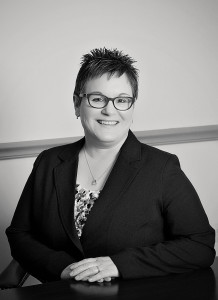 Andrea brings her doggedness and compassion from a prior successful career in special education to her work as a paralegal on your behalf.  Andrea has worked with Attorney Justice at several prominent personal injury firms and she will help you deal with the uncertainty that follows after someone has injured you through their negligence as you face missing work, inconvenient and sometimes painful treatment, unexpected and frightening medical costs, and perhaps a long and less than complete recovery.  Andrea will be involved every step of the way and can help you know what to expect from your first meeting with us through settlement or trial.